Test setup as is and routing to SB2BI

This has been a quite long road to migrate and configure. But finally it is time to test everything.

To be able to see the difference, I start by logging on directly to the VSFTPD server (ftp.demos.ibm.int) as “user1”. I upload a file named “VSFTPD.txt”. 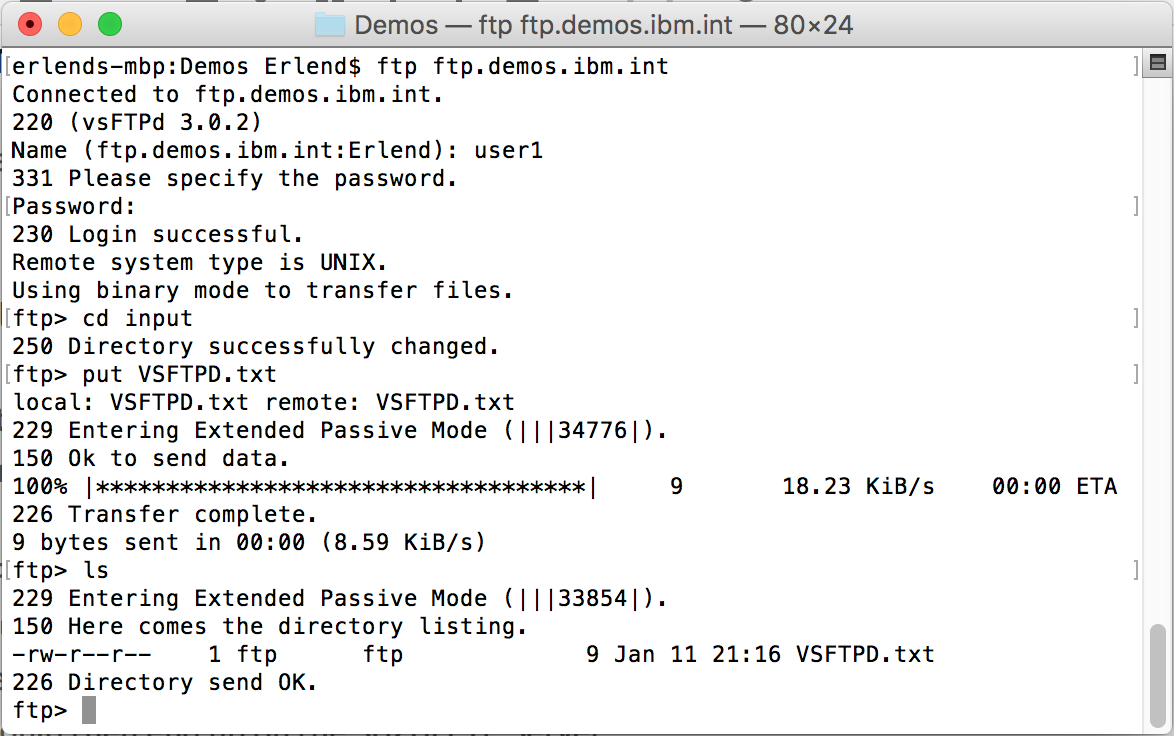 I then do the same on the SB2BI FTP Server (sinode1.demos.ibm.int). On that server I upload a file named “SB2BI.txt”. 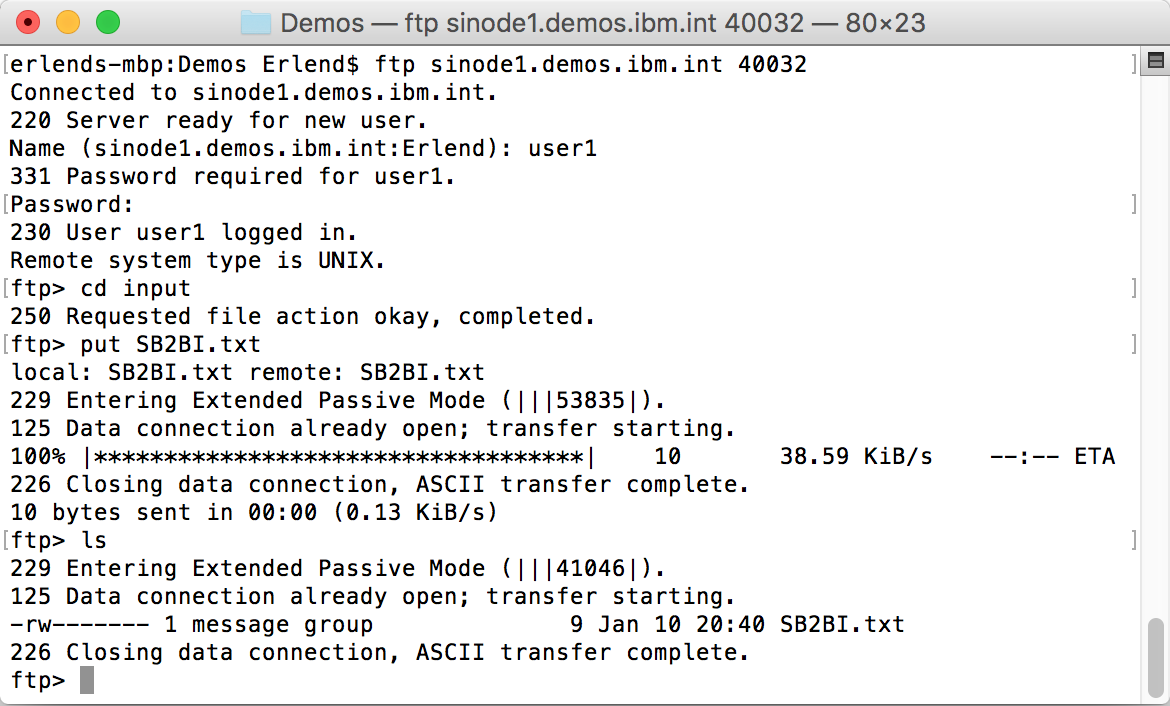 To test the setup in SEAS and SSP, I will log in as “user1” through the SSP server (ssp.demos.ibm.int). Since VSFTPD is set as “destinationIndicator” in the LDAP on “user1” I should then see the file “VSFTPD.txt” when logging in.

Now, to test the Dynamic Routing Feature, I will go in on the LDAP. Select “user1”. 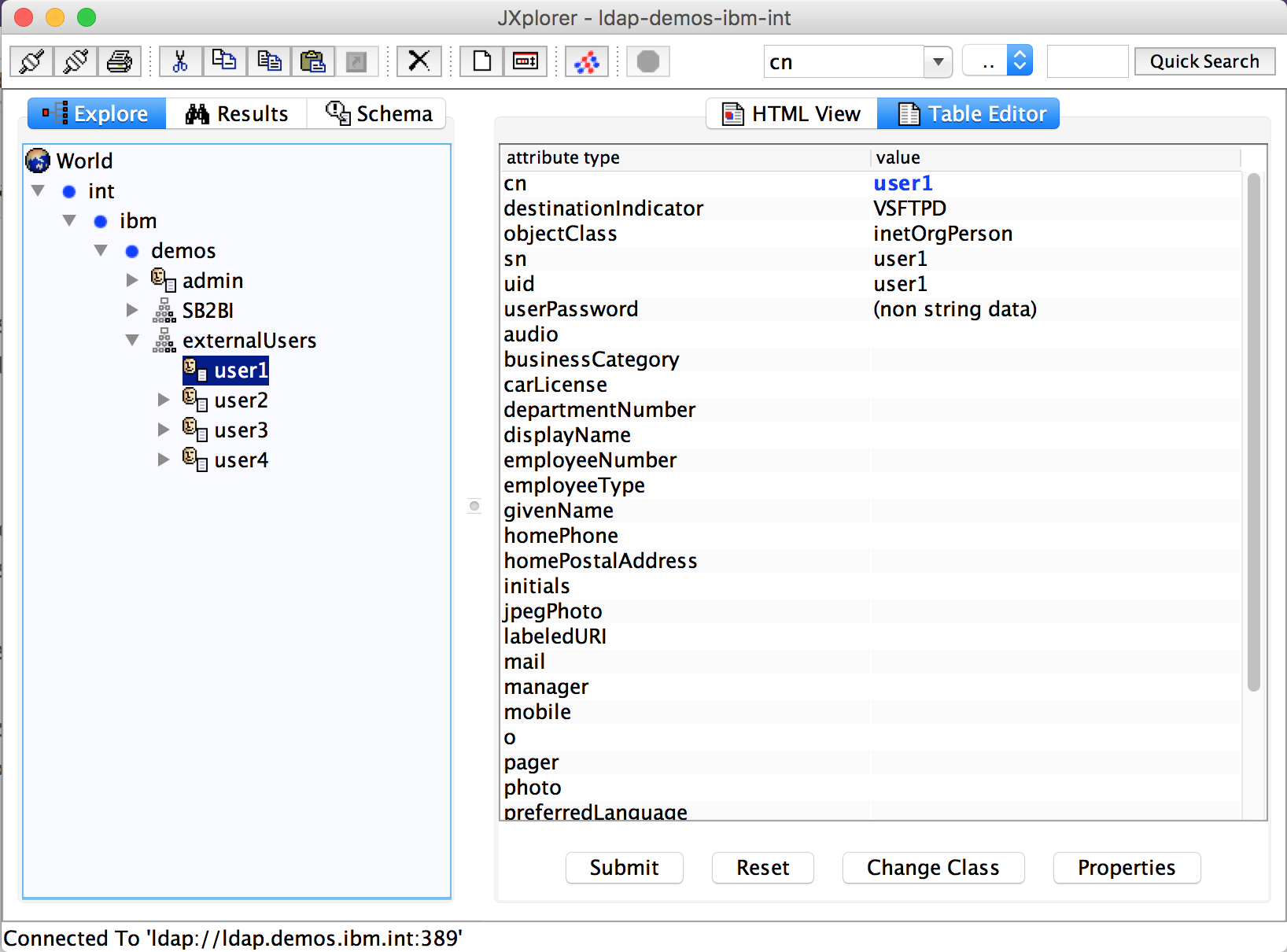 I then update the destinationIndicator and set it to “SB2BI”. 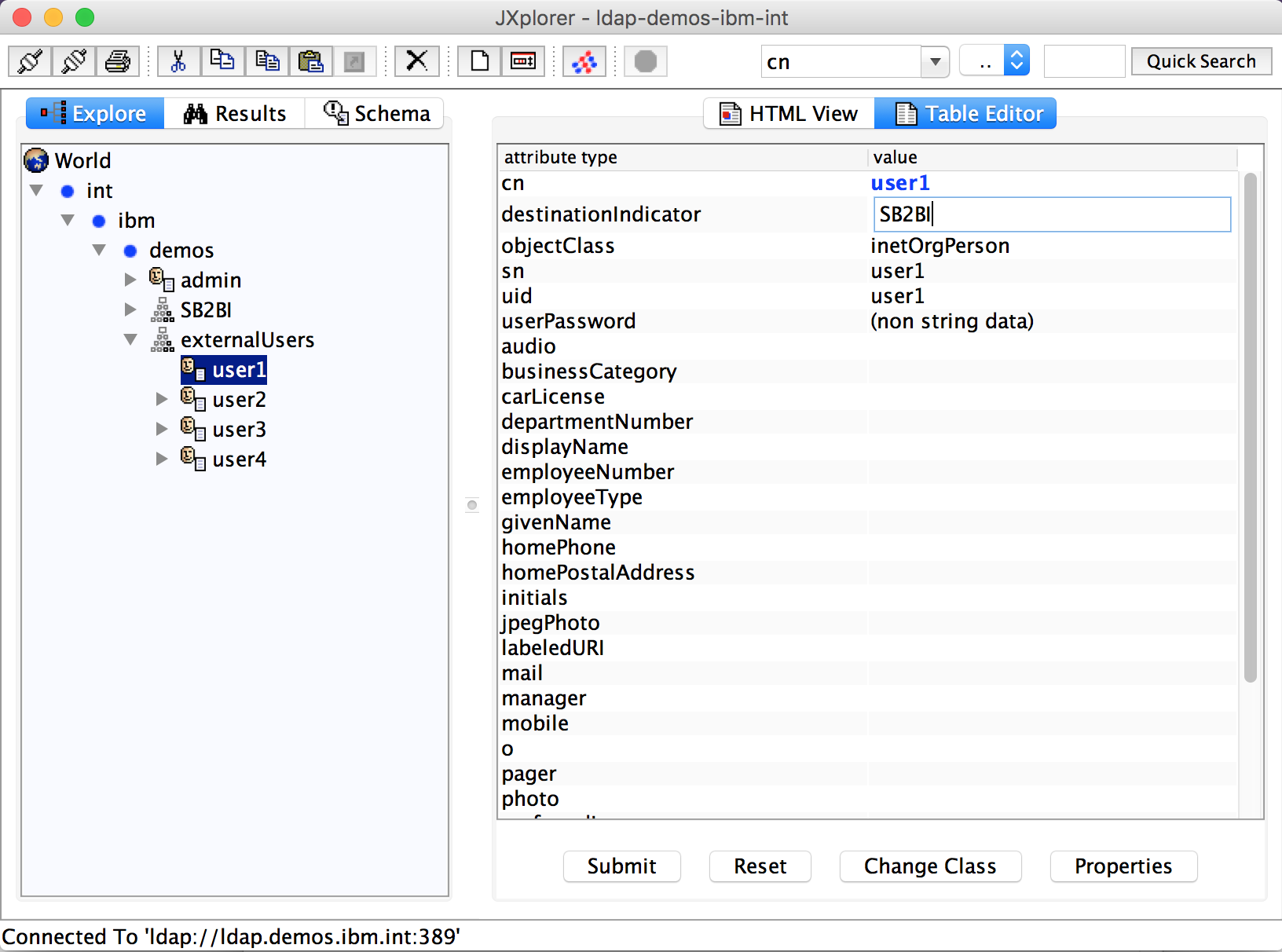 To verify that the change in the LDAP is reflected, I once again log in through the SSP (ssp.demos.ibm.int) as “user1”.

Now the file “SB2BI.txt” is listed in the input folder. Thus SSP has routed the user to the new server.

To route the other three users to the new server, the “destinationIndicator” variable in the LDAP can be changed from VSFTPD to SB2BI.